Director-producer Andre Frostad Hansen told IronMind® today that he expects to be printing the DVD A Life in Power within the next two weeks. 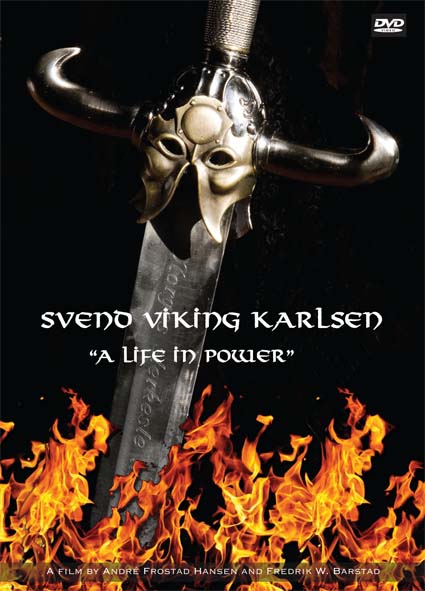 A Life in Power, a DVD on Svend Karlsen, is scheduled to come out shortly. IronMind® | Artwork courtesy of Andre Frostad Hansen.

Asked what drew him to make this film, Andre Frostad Hansen said that as child he was inspired by the Norwegian strongman Torkel Ravndal, best known for his deadlifting ability. Later, Hansen said he made a film about Torkel Ravndal's life, and then he wrote a book about Ravndal following that. And since Svend had a gym five minutes from where Hansen lives, he said it became a natural progression to also do a film on Svend 'Viking' Karlsen - especially since "Svend is the only Norwegian ever to win the World's Strongest Man contest." Narrated by Colin Bryce, click here for a trailer of A Life in Power.

Not stumbling on his subject at random, strength is a passion for Andre Frostad Hansen, who told IronMind®, "I love to work out . . . ever since I was a little kid." 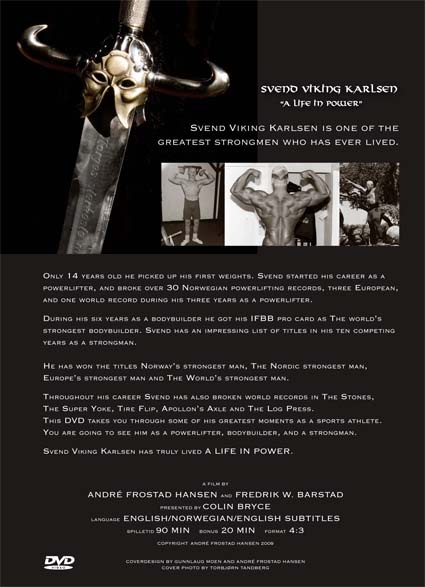 Covering Svend Karlsen's life as a powerlifter, bodybuilder and strongman, A Life in Power is expected out shortly. IronMind® | Artwork courtesy of Andre Frostad Hansen.