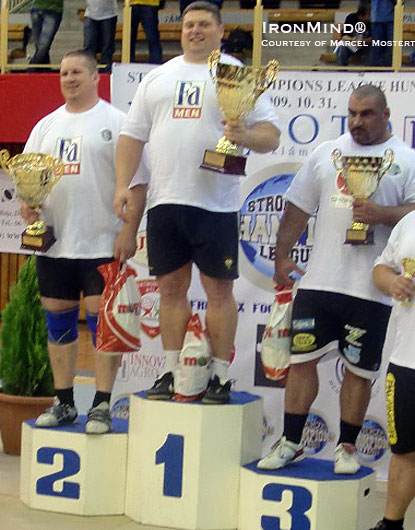 
“Although he had a bad start in the first event with a 5th place, and a 2nd place in the second event, he started the engine really at the third event by winning the yoke race, 420 kg over 25 meters in the fastest time,” SCL cofounder Marcel Mostert told IronMind®.

“Surprisingly enough, Ervin Katona won the Viking press, 155 kg, beating Zydrunas by 2 reps, in a new world record of 18 reps.  Nobody ever has done this.  It is Ervin’s first world record ever and he said that he is very happy with it,” Mostert said.

Here are the top ten:

The 2009 Strongman Champions League final will be in Kiev, Ukraine on November 14.