At IronMind®, we used to joke that the Arnold strongman contest should be renamed in honor of Zydrunas Savickas, since he has won it so many times, but how about Lithuania's Strongest Man, where Zydrunas Savickas just racked up his 10th victory this weekend? 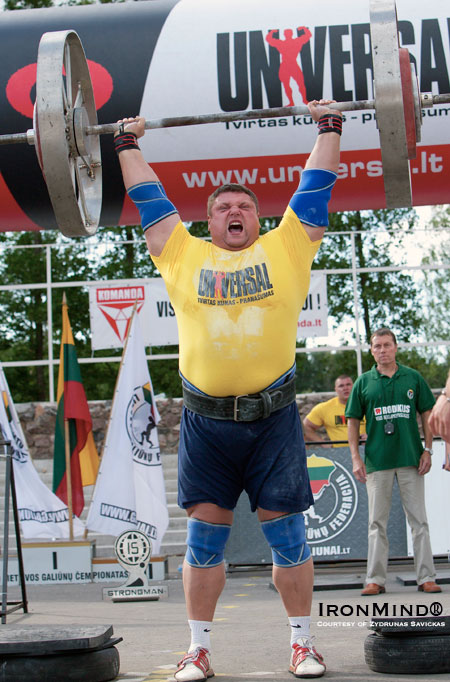 Zydrunas Savickas set 5 new Lithuanian strongman records and a new world record on the IFSA Axle, with a whopping 202.5 kg.