Giants Live, the official qualifying tour of the World’s Strongest Man, capped off a big 2010 season with a show in Istanbul that included Laurence Shahlaei and Zydrunas Savickas rolling the dice for big numbers on the Apollon’s Axle. 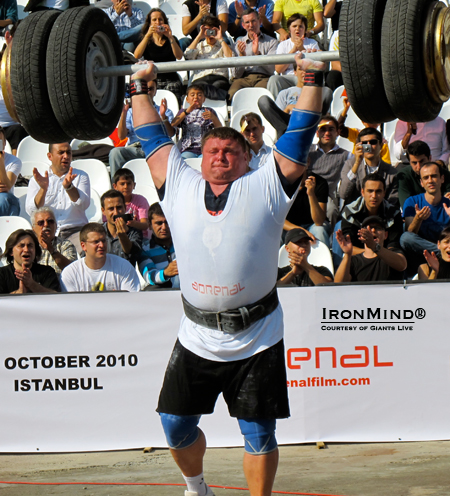 Giants Live Colin Bryce called it, “One of the most impressive strength feats ever,” and despite the enormity of the number, how it was done says even more.

“In typical Savickas style it was 99 percent shoulder power that drove it up,” Bryce reported.  “I am not sure we have seen the limit of his shoulders.  I am hoping to get him to at least a couple of shows next year to push his log and axle even further.”