Billed as “the most important event in the strength athletics calendar,” the World’s Strongest Man contest is drawing near and just in case you’ve missed it, the new website and online store have been launched. 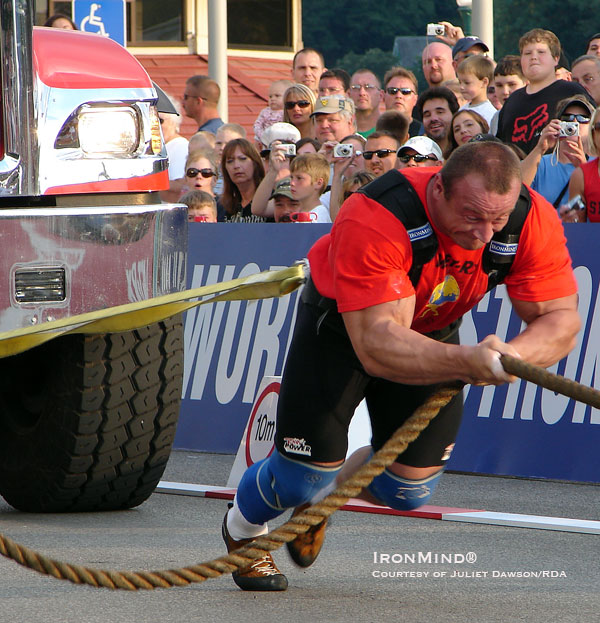 It’s the archetypal strongman contest, event and competitor: Mariusz Pudzianowski, five-time winner of the World’s Strongest Man contest, pits his muscles against a semi in the truck pull.  IronMind® | Photo courtesy of RDA.


The press release sent to IronMind says, “At www.theworldsstrongestman.com, fans will be able to keep abreast of breaking news at the 2009 competition (which takes place in Malta from 26th September to 3rd October) via a daily update.  The site also offers in-depth biographies of all athletes competing at the event as well as extensive stills and video galleries.”

And for strongman fans who have been clamoring for World’s Strongest Man merchandise, here’s you chance to fill your shopping basket: “For the first time the site also features an online store with a range of clothing and DVDs on offer with more items to be launched soon.”