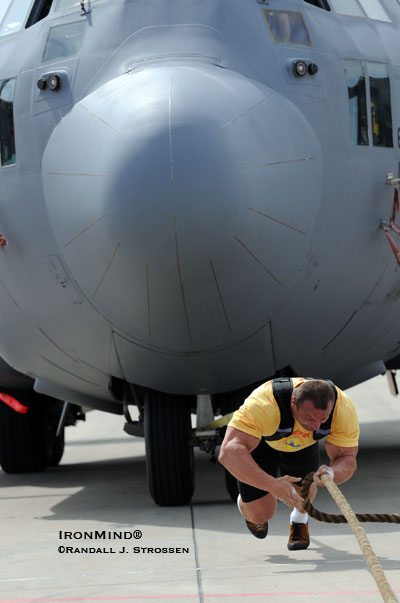 Mariusz Pudzianowski was just plain faster than the rest of the field when it came to pulling this C-130 Hercules. IronMind® | Randall J. Strossen, Ph.D. photo.

This set up a battle between Derek Poundstone and Mariusz Pudzianowski for this year's title and it will be decided on the next event, the Atlas Stones.

Also riding on the outcome of the stones is who gets third place, as Phil Pfister and Dave Ostlund battle for the remaining place on the podium. And if that's not enough, Travis Ortmayer and Sebastian Wenta will be dueling it out in the stones to determine who gets fifth place and who gets sixth place.