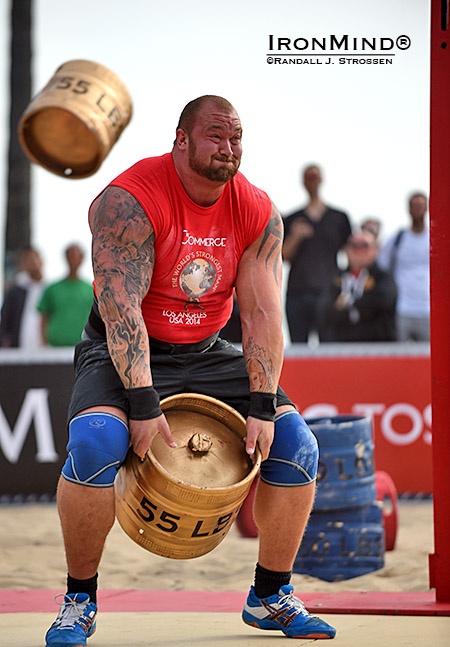 Iceland’s Hafthor Julius Bjornsson was unstoppable in the Keg Toss at the 2014 World’s Strongest Man contest and very nearly won the overall competition, too. He’ll be back this year, as a top contender for the title. IronMind® | ©Randall J. Strossen photo

And since then, The World’s Strongest Man contest has never looked back—ever popular, the 2015 edition of the TV show that inspired a sport called strongman and provided a foundation for what’s called functional strength training is set for Putrajaya, Malaysia in April.

Looking forward to this year’s show, Barry Frank, Executive Producer of World’s Strongest Man, told IronMind, “After 37 years the show just keeps getting better and better and I’m sure this year will continue that trend.”

Set the bar high, clear it and your reward is that it gets raised—if you’re The World’s Strongest Man, that’s how you like things.