David Horne’s World of Grip–World’s Strongest Hands contest kicked off with its first leg yesterday, drawing 59 competitors, all bested by the man himself, David Horne. 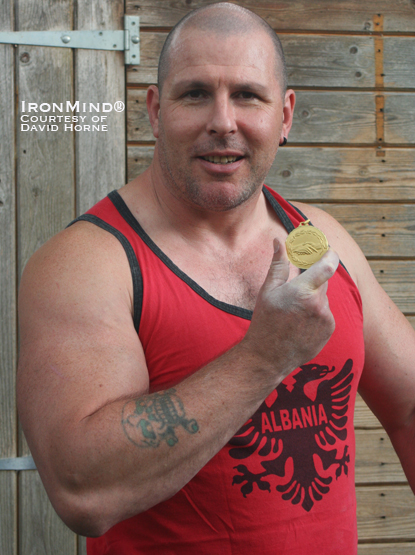 Sure, David Horne won the grip contest, but can he bend his medal in his bare hands, too?  Probably.  IronMind® | Photo courtesy of David Horne.


“Yesterday was fantastic,” David Horne reported to IronMind®.  “Knackered now though!  59 competitors worldwide for this leg, so we're considering it a success so far.”

This meet was run as the digital counterpart to the postal meets that were common in the 20th century, with the same competition format used in multiple locations in Europe and the United States yesterday.  The events were the two-hand pinch, the wrist developer and the Vulcan Gripper.

Here are the official places and points for the top ten: