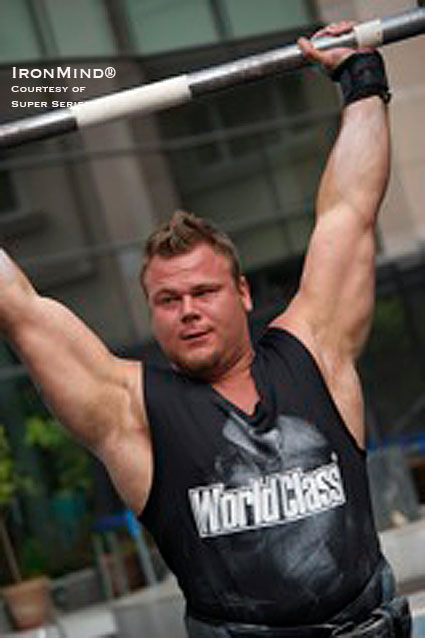 Originally scheduled for October, the contest date was moved since “most of the participating athletes will compete for the World Strongest Man in September [and this] will give enough time for everybody to recover and be fit to fight for a place in the World Strongman Super Series Final in Gothenburg, Sweden, on the 5th of December,” Karlsson explained.

And speaking of Sweden, “Last Saturday, Sweden got a new strongman champion as 24 year-old Johannes Årsjö beat the reigning champion, Anders Johansson, as he won four out of six disciplines,” Karlsson reported.