It's the final leg of the 2008 World Strongman Federation (WSF) season, and former World's Strongest Man winner Magnus Samuelsson has just been added to the list of competitors who will be testing their strength in Khanty-Mansiyak, Russia on December 13. 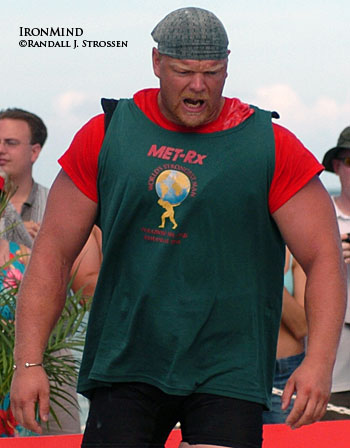 Explaining that he did no training for a few weeks after this year's World's Strongest Man contest, Magnus Samuelsson told IronMind® that things are going well, and when he was invited to join the field, his reaction was, "Why not?" especially because his friend Janne Virtanen spoke so highly of Vlad Redkin and his strongman competitions.

And as for his sometimes troublesome back, Samuelsson said it's doing well at the moment, and for proof of that, the man that to many is the face of strongman said he is deadlifting 300 kg for 8 reps in training - his personal indicator that all's well.