Not merely aiming to win the Arnold strongman contest this year, Iceland's super deadlifter Benedikt Magnusson told IronMind® that he would also love to compete at the World's Strongest Man contest later this year. 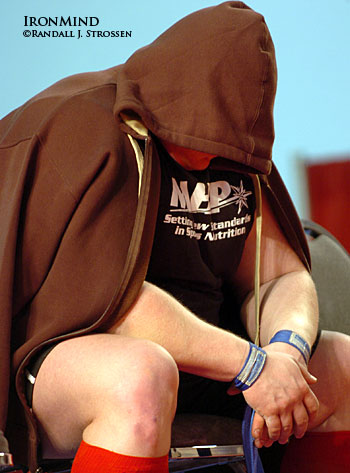 Off in his own world, Benedikt Magnusson braces for another huge pull on the Hummer deadlift at the 2006 Arnold Strongman contest. IronMind® | Randall J. Strossen photo.

First up, though, is the Arnold strongman contest, which some joke is rumored to be considering a new name, the Savickas, in honor of the Lithuanian strongman - Zydrunas Savickas - who has owned the contest for the last five years.

Saying that he wants to come in weighing at least 165 kg, Benedikt Magnusson thinks he can still beat Zydrunas Savickas, even though he is so much smaller.

"I just have to be ridiculously strong," Benedikt told IronMind®. "And that's what I do best." 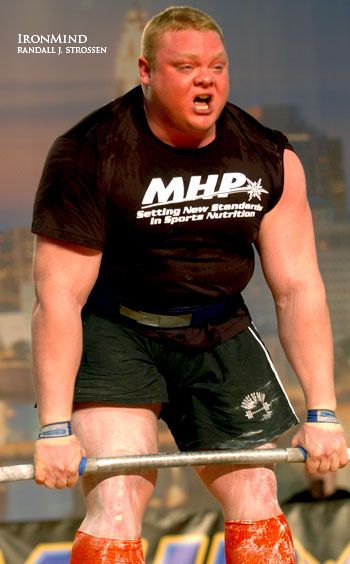 If it's not nailed down, Benedikt Magnusson can probably deadlift it, and even if it is, he still might pull it off the ground. Sporting the red socks that he said gave him trouble at an IPF meet, Benedikt pulls another big one on the Hummer deadlift at the 2006 Arnold strongman contest. IronMind® | Randall J. Strossen photo.