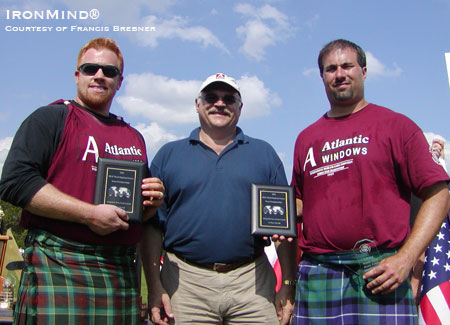 The overall results were as follows:

Asking Sean Betz if he was happy with his throwing and what he thought about the whole championships, Betz replied, “I was very happy with my throwing and am feeling good as we move on to next week’s World Championships in Edinburgh, Scotland.”

“As for the IHGF World Team Championships, all I can say is it has to be one of the greatest competitions I have ever competed in.  Rod Hadley and the Antigonish Highland Games Committee have done fantastic work hosting these championships and have done nothing but give all us athletes the five-star treatment from the time we arrived until the finish of the Games.  It was just truly fantastic,” with Craig Sinclair of Scotland adding, “I second that.”