World Strongman Cup Manager Vlad Redkin told IronMind that he is all set to (re)open the 2007 WSMC season, with a contest set for Riga, Latvia on May 13. 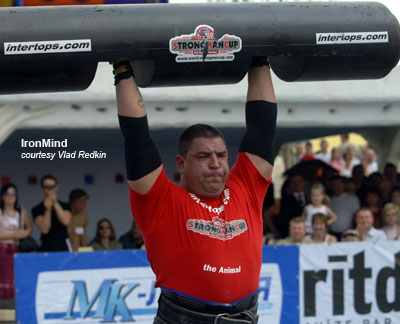 Addressing the concerns about the remainder of the season and moving forward, Vlad told IronMind®, "I have big reserve. WSMCF will have full list of stages and we will organize eight stages without any problems. Iranian stage was a little mistake; all normal men understand this."