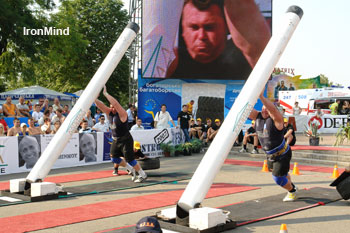 About 8,000 spectators watched the event, said Fennell, and, "All 12 finalists qualified for the IFSA Strongman 2007 World Championships in South Korea Sept. 8 - 16."

Here are the top six places: