The Viking Power Challenge, set for June 6, is part of the Giants Live tour, meaning that it’s also an official qualifier for the World’s Strongest Man contest. 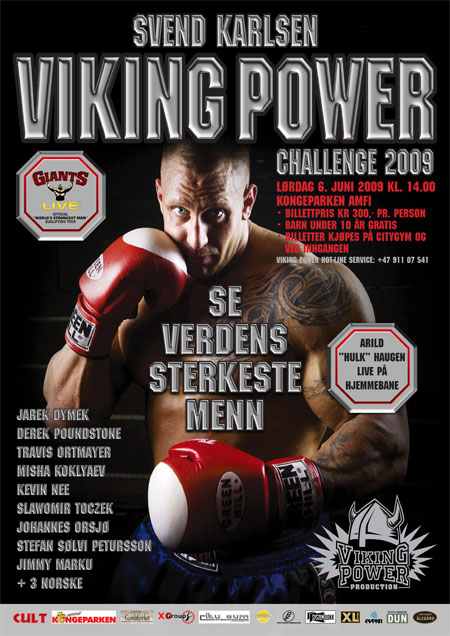 With so much on the line, getting an invitation to the 2009 Viking Power Challenge was one of the hottest tickets in strongman.  Here’s the starting field:

“After the best Norway’s Strongest Man contest in history, we are really looking forward to the VPC,” Svend Karlsen told IronMind®, and with three World’s Strongest Man invitations on the line, a lot is riding on the outcome of this competition, which is also the second stop on the 2009 Giants Live tour.