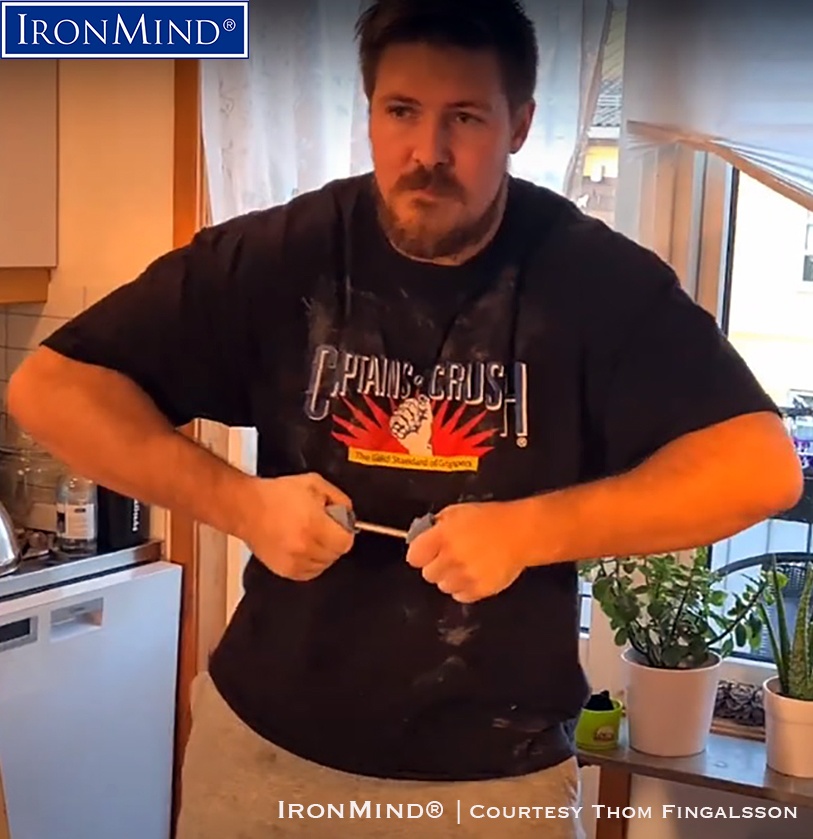 29-year old Thom Fingalsson is on a roll: recently certified on the Captains of Crush No. 3 gripper, Thom has just been certified on the Red Nail—thus becoming the first man in Sweden to accomplish this impressive double.

Although he had made “some attempts a few years back,” Thom told IronMind he began bending nails 8 months ago.

“I've had friends who are certified on the Red Nail, so I've heard about it before, but my interest started when I saw that a grip competition in Sweden often has a bending event. The first IronMind nail I bent was actually a Red Nail, but I started with 6 and 7mm nails from the hardware store.”

Thom said he typically bends “2-3 times a week, using all 3 styles, often 1 or 2 styles per workout. I warmup on easier nails and proceed to a goal bend which I give one or a two attempts on.

An office worker whose hobby is grip strength, Thom said, 'I’m 29, two kids, just certed the Captains of Crush No. 3 [gripper], and with the Red [Nail] cert[ification], I believe I am the first in Sweden to certify both! [You are!]

"This certification was inspired by David Wigren, and I followed his easy steps to be a strong steel bender: 1. Get strong 2. Grow a beard. It worked wonders.”

Congratulations, Thom: you have been certified on the IronMind Red Nail and you name has been added to the Red Nail Roster!