Columbus, Ohio - There's nothing else like it - with its unparalleled volume and intensity - and when the Arnold comes to town, it hits with the subtlety of a tidal wave. 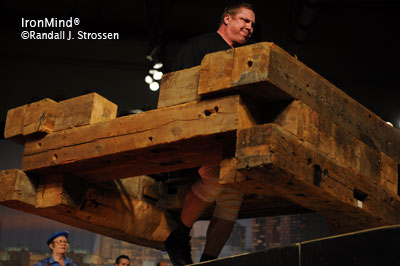 In a new twist, the Arnold Strongman contest opened with one of its signature events, the Timber Walk. The only problem was that nobody must have explained this to Andrus Murumets because while many of the competitors could barely move the massive 875-pound structure, Murumets ran with it, flying up the ramp in a blazing time of 7.35 seconds.

With that as a warm-up, get set for day two, as the Arnold continues today.