Los Angeles - The Super Series might not be the World's Strongest Man qualifying tour in 2009, but don't think that means Odd Haugen and Ulf Bengtsson are sitting on the beach or are lost at sea. 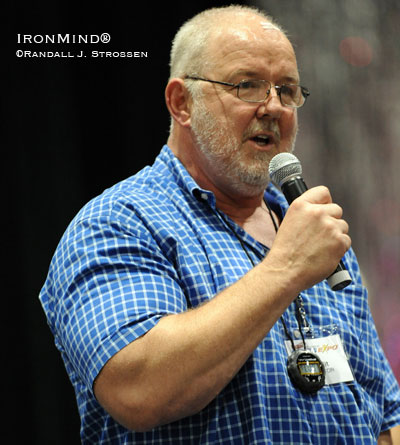 Instead, Super Series is doing something that could bring the sport to the attention of much larger, much more mainstream audiences, and the vehicle for this is a reality TV show.

Tomorrow morning, a major network will be filming some of the competitors at the Gaspari Nutrition All-American Strongman Challenge at the FitExpo . . . not when they are competing, but instead, when they are eating breakfast. Why? The thought is that a number of strongman competitors will be the stars of the show, getting filmed through their daily lives, and development as potential strongman stars, so the focus isn't just on their training and their competitions, but on their complete lives, including their interactions with each other.

Of course, not everyone will survive the process, but it's rumored that among other rewards, the winner of this TV show would net an invitation to a Super Series strongman contest.