Strongman Champions League (SCL) is coming to Spain for the first time. 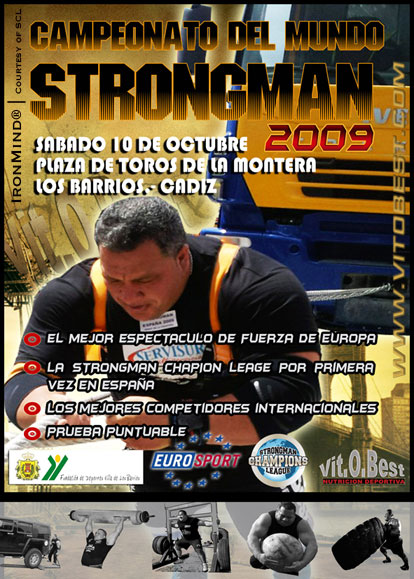 “Directly after World’s Strongest Man, we continue now with the Strongman Champions League,” SCL cofounder Marcel Mostert told IronMind® today.  Twelve athletes will compete in six events and the contest will take place in “a real bull fight arena, which is a typical spot in Spain.  It will be definitely something different!," Mostert said.

The contest is set for this Saturday, October 10, in Los Barrios - Cadiz.

After Spain, “The next stage will be a week after, in London at Wembley Arena,” Mostert said.  “I’m very happy we are able to do a first SCL in England, especially in London.  We’re sure it will be a big success!”