The next stop for the Strongman Champions League is Terborg, Holland on June 14, Marcel Mostert told IronMind®, featuring, “A very international field with athletes from all continents.” 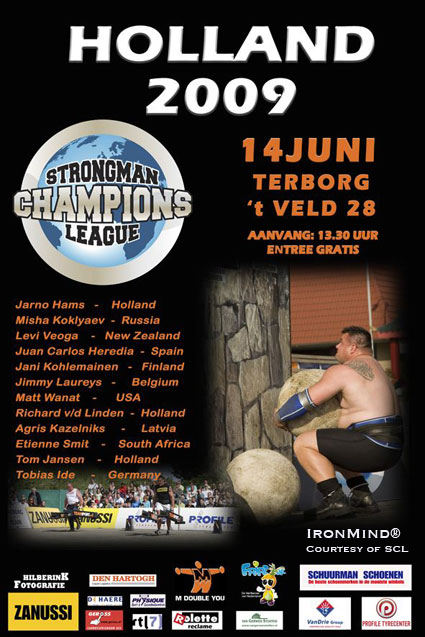 Having such a broad cross-section of top strongman competitors “will quarantee a great event with performance and fun of a high standard,” Mostert said.

“Of course we suffer because of the [financial] crisis as well, but with the [Strongman] Champions League we don’t want to cut on long flights from all continents, we do pay the standard prize money of 10,000 euros [per contest], and we do make the highest quality of filming in Holland with six cameras as we always did.  We are assured that this is the only way to make our Strongman Champions League better and stronger every year,” Mostert told IronMind®.

Here are the competitors: