His opening day performance at the 105-kg Strongman World Record Breakers competition including doing just that - breaking a world rcord - and Sergei Koniushok is the leader after the first day of competition. 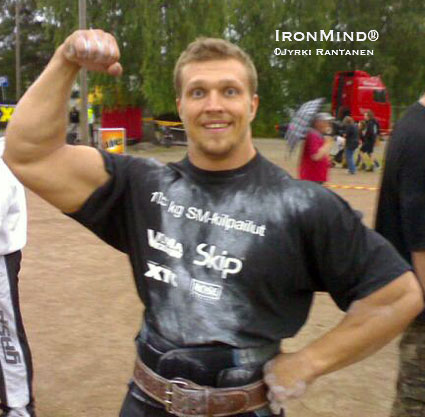 
Things opened with the medley, which Hartikainen won, with Maris Rozenthals second and Sergei Konisok third.

Next up was the log lift for maximum weight: Koniushok won with 155 kg, followed by Rozenthal at 150.

Koniushok proved the contest name was for real as he broke the world record in the farmer’s walk, 120 kg/70 meters in 30.82 seconds.

The last event of the day was a truck pull, which produced close competition.  Unofficially, these are the top places and points after the first day:

Watch for more live coverage on Twitter tomorrow, as well as in this news column.