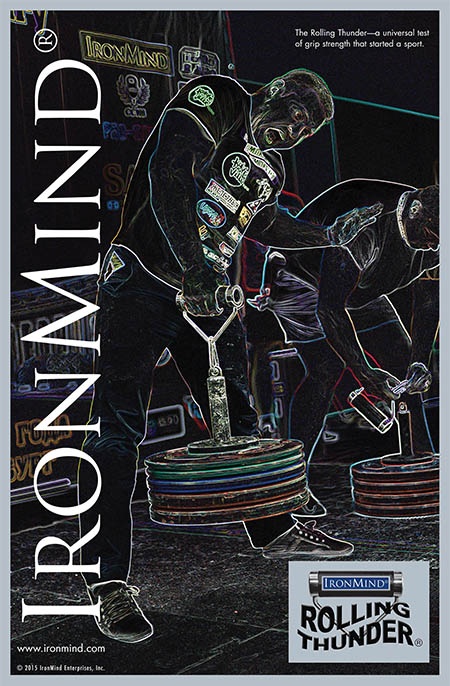 The Rolling Thunder: The iconic grip training tool that started a sport now gives teenagers the chance to demonstrate who has the strongest hands. IronMind® | ©Randall J. Strossen photo

The Rolling Thunder, a universal test of grip strength, has been logging top performances for over 15 years and now, teenage world records will also be recognized.


The first Rolling Thunder World Championships was held in 2000, where the contestants included three World’s Strongest Man winners, among others, and in 2010 the Rolling Thunder launched a sport called armlifting.

And speaking of armlifting, APL leaders Sergey Badyuk and Dmitriy Suhovarov have been increased the sport’s base by making it more inclusive—encouraging lifters, men and women, at all levels and of all sizes to participate, so it’s no accident that IronMind has established as the world standard for Teenage men, the best lift of Alexander Filiminov at the 2016 APL World Armlifting Championships, where the 83-kg lifter succeeded with 90 kg on the Rolling Thunder.

Here is a link to the updated Rolling Thunder Rules & World Records.