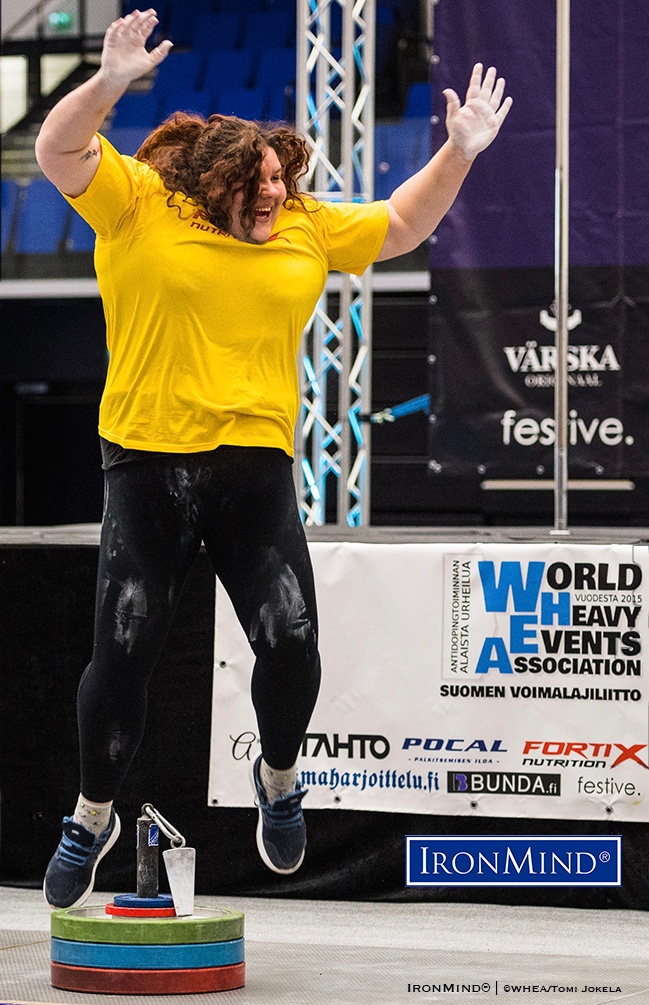 The 2018 US World Grip Championships drew a strong field and included a standout performance by Rebecca Roberts (UK) who defended her title and broke the women's world record for the Little Big Horn—IronMind’s tribute to the traditional feat of lifting an anvil by its horn as a test of grip strength.

The men’s side had a number of notable times on the (Captains of Crush) CoC No. 4 Silver Bullet Hold, including a time of 22.78 by Harri Tolonen that had been judged good at the contest but was unanimously overruled when reviewed by IronMind (pinky touch).

“In the women´s event last year’s champion Rebecca Roberts (UK) was challenged greatly by Mervi Pekki (FIN), but Rebecca claimed her crown again, and along with winning the overall and open class competition, she set a new women’s world record on the Little Big Horn, with result of 63.70 kg. And talking about renewing, Jouni Mähönen took his 3rd in a row, when talking about -93kg class world champions,” WHEA Chairman Jyrki Rantanen told IronMind.

“On the IronMind Hub the expectations were high and we saw world attempts, but this time the record stayed - even though the level was outstanding: Tolonen 42.5kg, Mähönen & Pynnönen 40kg).