The recent NAS Women’s National Championships had a number of highlights - including Kristen Rhodes winning her third consecutive title - and if you talk to NAS president Dione Wessels, this reflects both the commitment of the competitor and the growth of the sport. 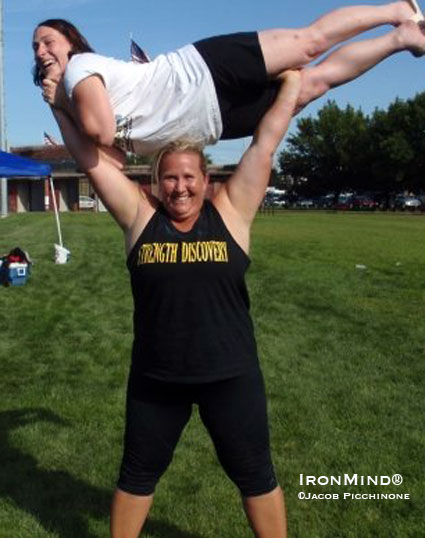 "This year we had the largest number of women [ever] competing at the Nationals,” Wessels said, explaining that NAS has seen its number of female competitors increase alongside the growth on the men’s side.  This year’s NAS Women’s National Championships had 15 women, Wessels told IronMind®, and there are 165 women competing in strongwoman contests in total.

“This year was the first year we added a middleweight class in order to give a little more to the women.  ASC is hoping to see an international contest for the women in the year 2010,” Wessels said, referring to American Strongman Corporation.  “We think it would be great for the fans that follow the sport to also see the extreme strength of some of the world’s best as well [as the top American competitors].”

In case you missed the results from the NAS Women’s National Championships, here are the top three in each of the categories.

Putting all of this in context, Wessels told IronMind®, “Many of the women competing are mothers, students, as well as competitors in other sports.  The sacrifice that they give up daily is truly impressive and appreciated because they too help to keep the sport for women growing as well as NAS and ASC.”

“It is quite impressive to see an athlete such as Kristen who has three small children herself and is a nanny by day not only compete, but also keep the title for three years in a row.  Equally impressive was Mary Jacobsen, who competed with the younger women, at 55 years of age.  Mary has battled cancer twice and still continues to train and compete.  She is a true pioneer for the sport as well.”