Chiang Mai, Thailand - She lifted here in 1997, the last time the World Weightlifting Championships were in town, and today - ten years and three children later - Melanie Roach (USA) was back . . . and with a bang. 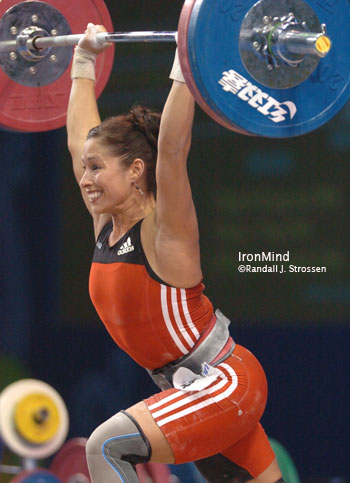 Everyone likes to think that he or she is getting better, not just older, and today Melanie Roach proved it's true for her: While the rest of the USA team has been struggling to make good lifts, Roach went six for six, a perfect day, and she outdid the lifts she made a decade ago, while weighing slightly less.

And for the mathematically or metrically challenged, Roach cleaned and jerked over double bodyweight, and the 242 pounds she made is more than a lot of high school football players could do.