Francis Brebner has filed a report on the McPherson Highland Games which produced a total of 15 ground records. 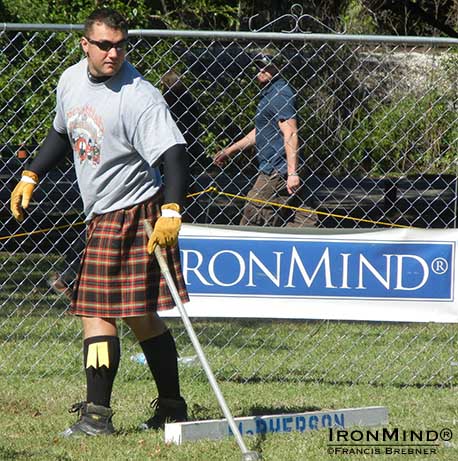 It was a smashing weekend at the McPherson Highland Games in McPherson, Kansas.  The leading Games on the Kansas circuit, it celebrated its 20th year of Scottish festivities with pipe bands, Highland dancing, clans and much more.  The highlight of the weekend was the heavy events, with a record number of athletes taking part in nine events over two days in one of the most heated competitions ever seen at McPherson, resulting in a total of 15 ground records and 2 world records.

On Saturday 37 athletes took to the field between the men’s amateur A & B groups, women’s masters, and woman’s amateur class.

The athletic director for the McPherson Games, Dave Glasgow, could not have been happier how the weekend went, blessed with perfect weather, the record turnout of athletes, and the many field and world records broken, and as the saying goes, McPherson magic happens here.