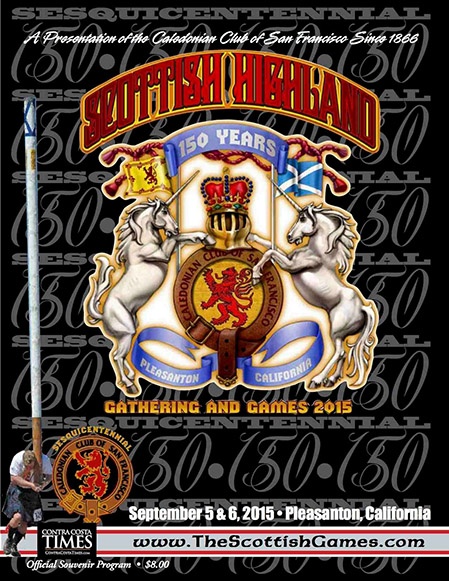 150 years and counting. Join the CCSF in Pleasanton, California this weekend —family friendly, there is something for everyone, including a chance to see the world’s top Scottish heavies and Hafthor Julius Bjornsson of World’s Strongest Man and Game of Thrones fame. IronMind® | Artwork courtesy of CCSF

Pleasanton, California will be welcoming the Caledonian  Club of San Francisco’s (CCSF) this weekend with a full roster of activities—including the world’s best throwers in traditional Scottish heavy events and strength world superstar Hafthor Julius Bjornsson, also known worldwide for his role as ”The Mountain” in Game of Thrones.

CCSF Athletic Director Steve Conway sets the stage of IronMind, profiling who to watch and what to expect when the big men start playing with sticks, stones and chunks of iron.

The stage is set for the upcoming CCSF Sesquicentennial Gathering and Games. This promises to be a games that will be in keeping with the task of celebrating 150 years.

The 11 pros competing in the Scottish Games Heavy Events World Championships are all healthy and ready to go. Reigning champion Matt Vincent will have his hands full not only with perennial rival Dan McKim but also with a group of competitors that also want the top slot.

Canadian Matt Doherty made the podium in France and has put up gains since then; Scott Rider is always a threat, he threw very well in Scotland this summer. Berger Lambrecht from South Africa is continuing to unleash some epic stone putts and Poland's Sebastian Wenta can never be counted out in the caber. Sinclair Patience from Scotland continues to up his game and look out for newcomer Chuck Kasson, he improves every time he steps on the field. Former strongmen Jeremy Hogg and Andy Vincent can be threats in any event.

I’m sure Andy would love to join Mike Zolkiewicz in the effort to defeat Hafthor "The Mountain" Bjornsson in the special Sunday weight for height challenge. It promises to be an all out assault on the current world record of 19'3" with Hafthor and Mike Z. leading the charge.

We're ready to go and even the weather looks to be cooperating, with projected highs in the mid to upper 80's, so please join us September 5–6 at the Alameda Fairgrounds in Pleasanton, CA.