World’s Strongest Man fans who have done the math know that 28 have qualified for this year’s competition, or is it 27? 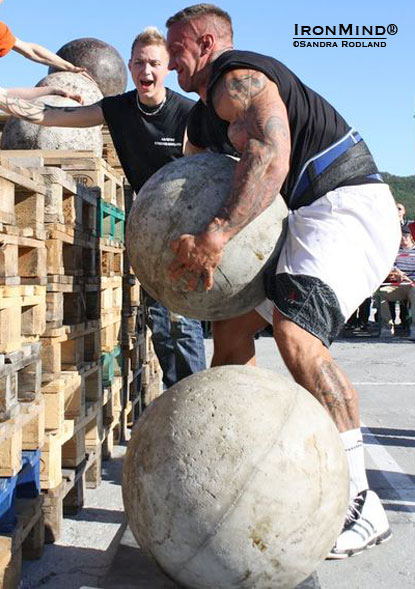 Is the Emperor of Stones back?!  Arild Haugen flashed the stones at a recent Norwegian strongman contest and there are strong rumors that he is in serious contention for one of last remaining slots at the 2011 MET-Rx World’s Strongest Man contest.  IronMind® | Photo courtesy of Sandra Rodland.


Whichever number you take, it’s a given that 30 total will receive the golden ticket in strongman–an invitation to compete in the 2011 MET-Rx World’s Strongest Man contest.  So who will receive the last two or three invitations?

Historically, the winner of Canada’s Strongest Man receives an invite, so let’s assume that will be the case again this year.  What of the remaining one or two?

IronMind’s suggestion is to keep a close eye on Giants Live–Ukraine this coming weekend as it’s a perfect platform for filling the last of the slots, especially because a hard charging Arild Haugen will be competing.

Yes, and in case you haven’t had your ear glued to the ground, about a week and a half ago, while competing at the Norwegian Grand Prix, a smaller strongman contest with only Norwegians competing, Arild blistered a 6-stone series (up to 180 kg) in approximately half the time of the second-place finisher!

Has the Emperor of Stones returned to strongman? 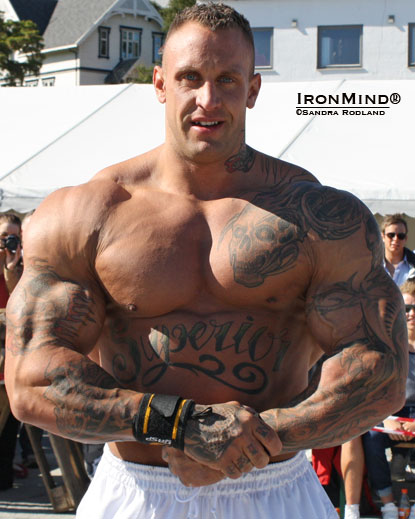 Svend Karlsen estimated that Arild Haugen weighed about 140 kg at this contest, and as you can see, Arild is looking about as ripped as a bodybuilder.  IronMind® | Photo courtesy of Sandra Rodland.