Lukasz Wenta edged Scott Rider and Craig Sinclair at the Strathmore Highland Games and Francis Brebner has called the action for IronMind. 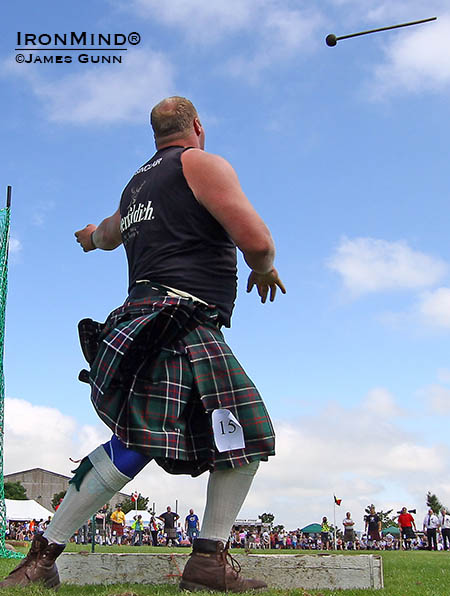 
2014 Strathmore Highland Games:  Lukasz Wenta on Top of His Game(s)
by Francis Brebner

The first event with the 16-lb. open shot was a tight competition between Rider and Wenta, who battled round after round, with Wenta triumphant at 56’.  Rider was second with 54’ 8” and Colthart third with a respectable 49’ 2.5”.

In the 56-lb weight-for-height, Wenta reached 15’ 6” for a new ground record and the overall win.  Second place ended in a tie between Sinclair and Rider at 15’.