“Giants Live Finland was won by Laurence Shahlaei after a battle with Johannes Årsjö,” Colin Bryce reported to IronMind. 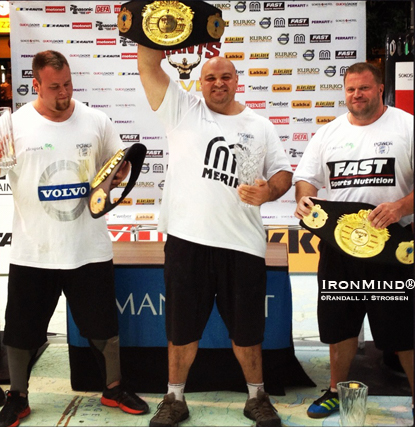 “Johannes and Laurence swapped the lead on several occasions but the Brit came through on the last event to secure his first Giants Live win at the Ideapark near Tampere on Saturday afternoon.”

Here are the top three, officially: