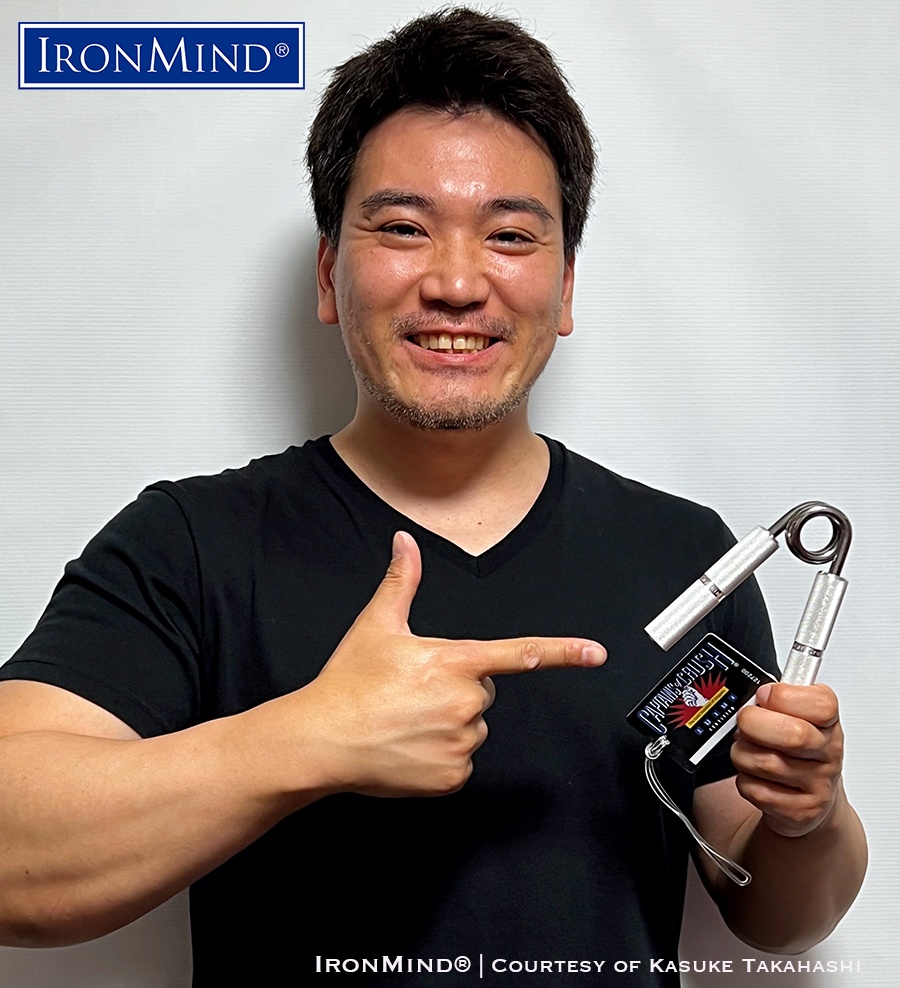 Persistence pays off: With 15 years of gripper training under his belt, Kosuke Takahashi has been certified on the Captains of Crush No. 3 gripper, proving his world-class grip strength. IronMind® | Photo courtesy of Kosuke Takahashi

Kosuke Takahashi (Japan) began training on Captains of Crush grippers in 2002 and now, 15 years later, he has been certified on the CoC No. 3, the universal standard of a world-class crushing grip.

Kosuke told IronMind he trains grip three times a work following this protocol: "I do 3 sets of single closes using the CoC gripper which can I  can just barely close. Then I switch to a strength level that allows me to do 3 sets of 10 repetitions." Kosuke said he enjoys powerlifting and thanks to his grip training, his grip has never failed him on deadlifts.

Kosuke works as an industrial engineer and began powerlifting when he started working. In powerlifting, he has won the prefectural championship and placed sixth in the nationals. As a college student, he was a discus thrower.

It’s official and Kosuke Takahashi’s name has been added to the certification list for the Captains of Crush No. 3 gripper.

Here’s a link to the video of Kosuke Takahashi's official attempt.