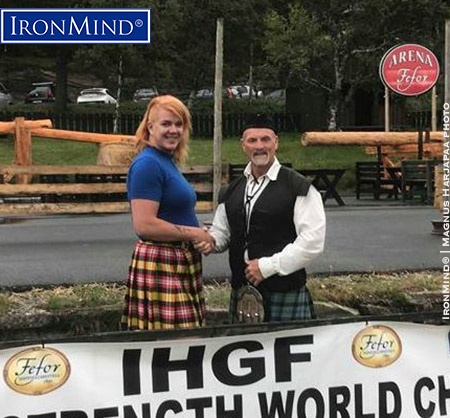 Kikki Berli-Johnsen has been named the IHGF representative for Norway, according to press release received by IronMind.

“Kikki, a several-times winner of Norway’s Strongest Woman, has a great passion for strength sports and looks forward in working with the IHGF with the common purpose of advancing Highland Games and Stones of Strength in Norway.

“More updates will soon be released about next year’s Power Week, taking place in Vinstra, Norway at the renowned Fefor Hotel.”