In an official statement released to IronMind® today, Fortissimus president Paul Ohl said, "Both FORTISSIMUS World Strength and Strongman Champions League have reviewed a short list of top-ranked strength athletes in order to fine tune what could well become the most formidable starting field of modern strongman competitions." 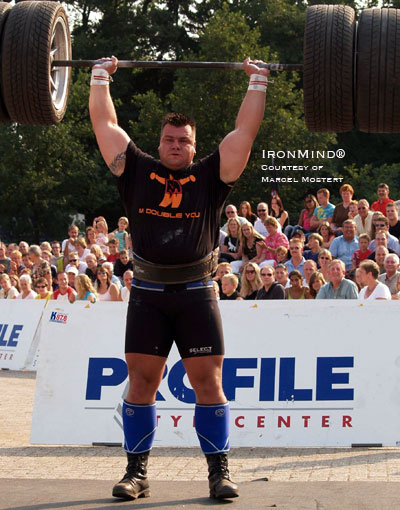 
"Jarno Hams from the Netherlands joins the 2009 FORTISSIMUS STRONGEST MAN ON EARTH starting lineup with these credentials: Hams competed at the 2002 and 2003 World's Strongest Man (WSM); he was a finalist at the 2006 IFSA World Championships; winner of the 2007 IFSA Holland Grand Prix; winner of the 2008 Strongman Champions League Spanish International Challenge; winner of five consecutive Dutch Strongest Man titles."

Marcel Mostert, head of the Strongman Champions League, said, "Competing at Fortissimus in 2009 requires, at the least, a track record based on consistent results in a number of top-level competitions, year after year. After almost 8 years of strongman competition, Jarno Hams shows such a profile.'"

Paul Ohl added, "I have seen Jarno Hams compete at the 2002 WSM in Malaysia. One year later I saw him again at the IFSA World Muscle Power. Since then I watched several videos of Jarno Hams, in particular from the SCL competitions in 2008. That athlete has made huge progress and a name for himself in all of Europe. That is convincing enough."