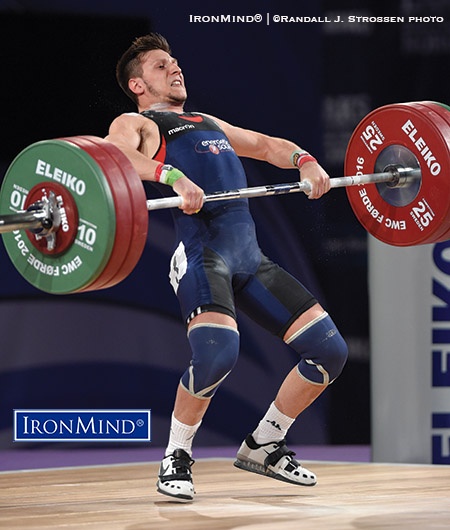 56-kg winner at the European Weightlifting Championships, Mirco Scarantino (Italy) pulls himself under 150 kg on his third attempt in the clean and jerk. IronMind® | ©Randall J. Strossen photo

The Spanish lifter nudged Scarantino by 1 kg, to win the snatch with 121 kg, but Scarantino was the lighter man so he answered Brachi Garcia’s first two attempts in the clean and jerk (140 and 143 kg, respectively) by increasing the weight 1 kg, to put himself in gold medal position on the total.