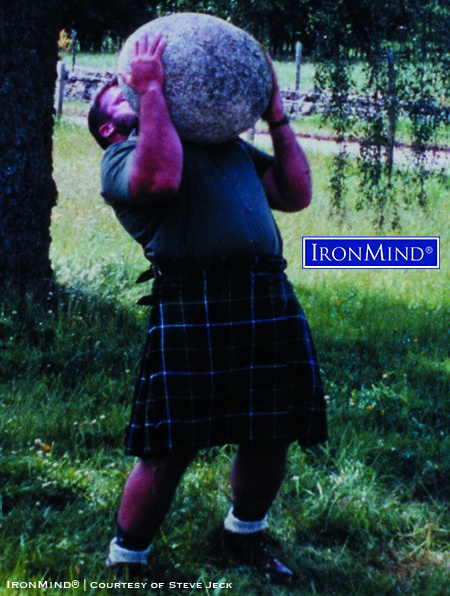 Steve Jeck overwhelmed the Inver Stone and sent IronMind a picture, along with an introduction that appears in the January 1994 issue of MILO (Volume 1 - Number 4). IronMind® | Courtesy of Steve Jeck

Even before the worldwide web, it was a small world, and when we recently featured Steve Jeck in MILO’s “7 Questions” column, he reminisced about the first time he came across IronMind . . .

Grippers . . . ahhh, it all began when I ordered a #2 Silver Crush gripper from a tiny ad in the back of Powerlifting USA mag. circa '92 . . . my grippers arrived with a catalog from some company called IronMind (always loved that name). That catalog, with all the little write-ups about men such as Milo Steinborn, J. C. Hise, Karl Norberg, and the like, suggested that I had stumbled upon something very special. . . which, indeed, I had!

Steve sent us a letter and a photo, which we ran in the January 1994 (Vol. 1, No. 4) issue of MILO and after that, the stonelifting world would never be the same.

The advent of MILO has left me giddy in the realization that one publication chronicles the stuff of strength, recognizes the legitimacy of the Highland Games, and allows its featured athletes to share the Christian faith; without editing their words down to “politically correct” drool!

Enclosed is a photo of me hoisting the famed Inver Stone of Scotland. I can confidently say that the SUPER SQUATS program and some grueling grip encounters with your #2 gripper played no small part in launching that load. Of course, the grace of God and fourteen years of a steady “iron diet” ultimately ripped that rock from its cozy little spot in the Highland grass.

Steve Jeck went on co-author Of Stones and Strength (with Peter Martin Sr.), a roadmap and spiritual guide to all who would like to learn more about and ideally pit themselves against the world’s manhood stones. Isaac Newton famously remarked that if he had seen farther than other men it was because he stood on the shoulders of giants, and I would say that just about anyone who squared off with the Inver Stone from 1994 onward did so because of the trail blazed by Steve Jeck, who introduced the world to the poetry and magnetism of these stones.

Steve was literary and for this, I dubbed him IronMind’s Man of Pen and Stone. Along with Of Stones and Strength, Steve wrote a book called The Stonelifter, dozens of little gems that IronMind published under the title From the Quarry, as well as numerous articles and essays for MILO. 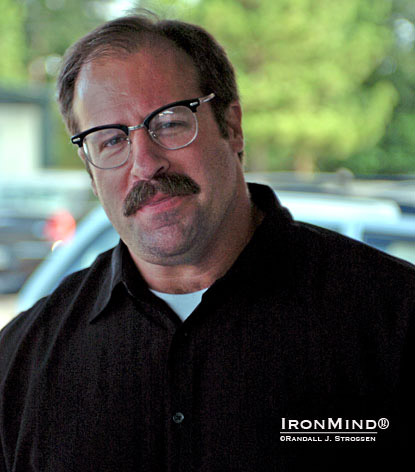 Steve was a teacher when Elizabeth Hammond and I first met him, and he later managed Jack King’s Gym, did a TV series with Chris Kennedy called “Cellar Dwellers,” and in 2012 he became a proud graduate of Knox Theological Seminary, joining its faculty as Lecturer of Christian and Classical Studies and Director of Distance Education.

In April 2017 Steve was diagnosed with inoperable, Stage IV pancreatic cancer and he battled bravely month after month, never making a big deal about his torment, and when I mentioned that I was going to re-read Plato’s Republic, Steve showed that whatever was happening to his body, Steve’s heart and mind were intact:

be sure to read Allan Bloom's translation of the Republic, the best by far, great interpretive essay included and very illuminating end notes...cheers!

We got our last email from Steve a couple of days before he died, and Elizabeth Hammond [who edited Of Stones and Strength, and along with me first met Steve in 1994, in Scotland] said, This correspondence has many examples of Steve’s faith and trust in God, but his closing in one email after talking about the pain he was in was one I especially remember:

God is good and we are trusting him by the hour!
Thanks for everything!
Steve

Steve passed away on May 23, 2018, and while the world is poorer for this, we thank God for the gift of Steve: he enriched countless lives while he was with us—rest in peace, Man of Pen and Stone. 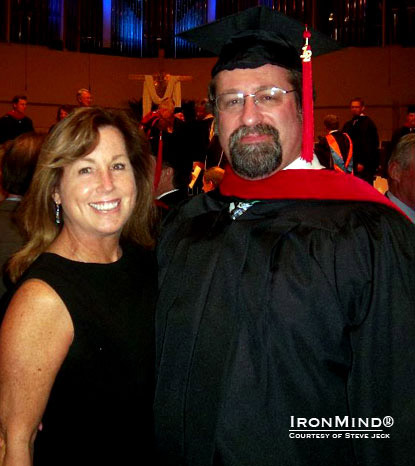