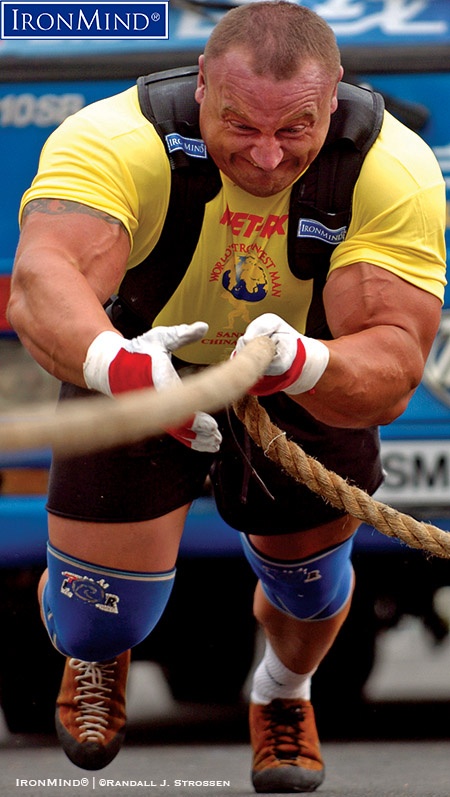 “A ranking system is a must for strongman sport,” Fortissimus founder and president Paul Ohl told IronMind.

And to that end, Fortissimus has developed an all-time ranking list for strongman competitors, based on cumulative, weighted performances. 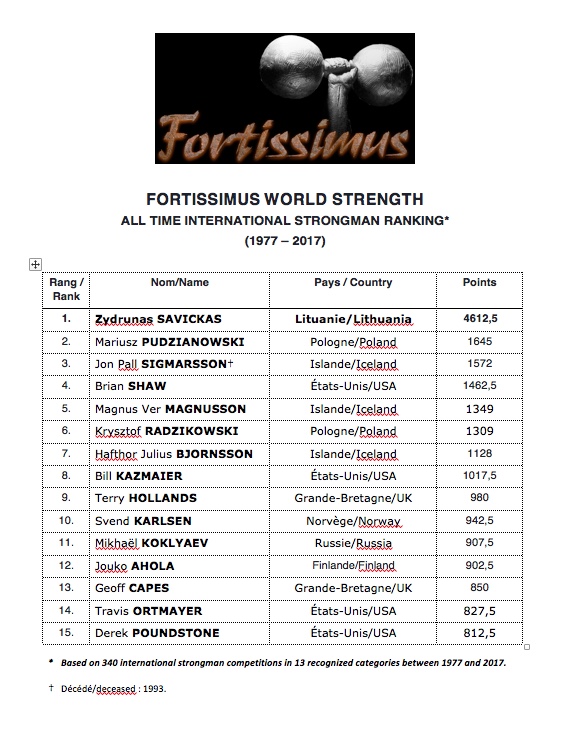 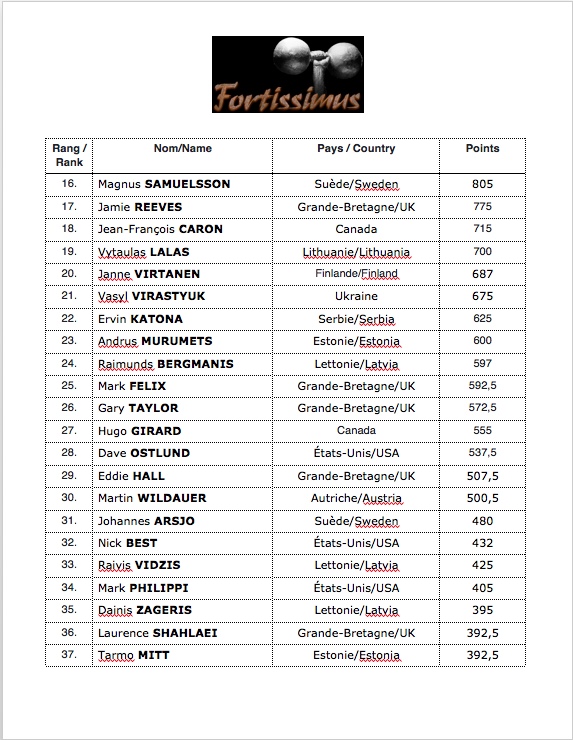 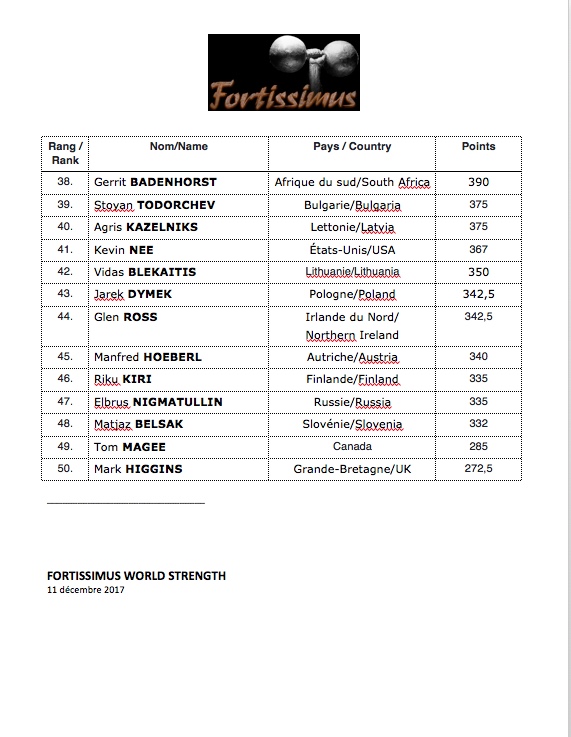