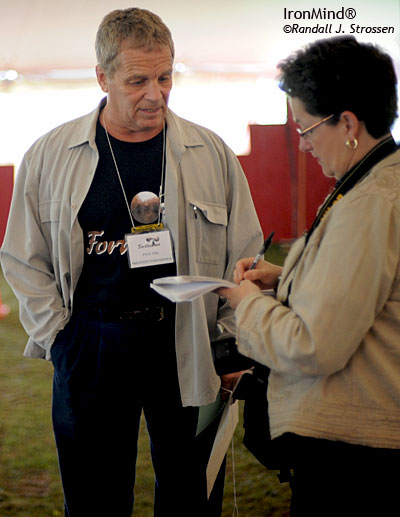 It's fair to say that Fortissimus made quite a splash in the strongman world when it debuted this year, but there is more good news in store for the strongman competitors and fans alike because IronMind® has received official confirmation that FORTISSIMUS will be back, with a new contract for 2009, 2010 and 2011.

"A three-year deal with the Regional Community of Montmagny, Quebec; a new location; [and] a partnership reaching overseas are amongst other decisions," were among the results coming from of its most recent board meeting, Fortissimus World Strength told IronMind®.

Also, "Marcel Catellier, the chief commissioner (prefect) of the Regional Community of Montmagny, has been elected chairman of the board, in charge of the general administration of the new corporation . . . [and] Paul Ohl has been elected as president of FORTISSIMUS 2009 . . . [and will once again] head the competition."

"We have said from the beginning that FORTISSIMUS' top priority would always be the strength athletes over any other matter. It remains our main commitment," Paul Ohl told IronMind®. "To that effect, we have decided officially that all the profits resulting from the sales of the 2008 FORTISSIMUS DVD and from TV broadcast rights will be immediately invested so to increase by a considerable amount the prize money of 2009. We feel that this money is the athletes' rightful share and we are acting accordingly."