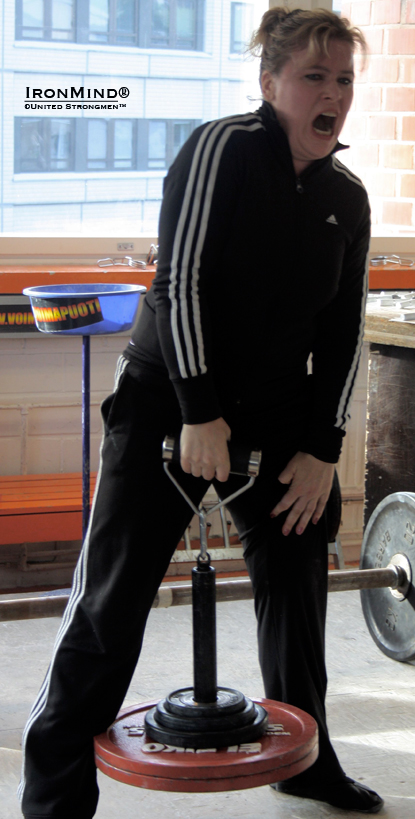 Our Rolling Thunder® and Apollon´s Axle™ Nationals were held in Voimapuoti Gym in  Helsinki.  The three-hour contest proved to us once again, that grip sport has come to stay in our country.  Even though we were missing some grip greats due to calendar issues, we had a good quality contest, which went through smoothly.  Along with a little surprise in men´s class, the grip queen Jaana Tanner took back her crown, when nailing top results in both events and including new Rolling Thunder Finnish record for ladies class of 61.75 kg.  (Jaana has been the top of the field for years and just had one mistake during 2011.  Yvonne Häkkinen also held the new record of 60.5 kg for a few minutes before Jaana took her higher attempt.   So, in total the champion was Jaana Tanner and both ladies went over the "magic" 60-kg barrier—world record in sight!

In the Apollon’s Axle, the top game was over until it started.  Yvonne Häkkinen missed her 95  kg and Jaana took it without any problems.  After securing her win, she directly called for new record weight of 107 kg and did a really good attempt on that, but Annina Saine´s record is still the top—at least until the next competition.

In mens competition, Juha Harju held his status on Rolling Thunder with 93 kg, followed by the newcomer Jarno Hyväri with 90.5kg  and Jouni Pakarinen 88 kg.  Outside of the competition our guest lifter Alexey Tyukalov (Russia) hauled the biggest official lift to date on Finnish soil: 106.75 kg.  He also showed his ability with 180-kg Apollon’s Axle performance. 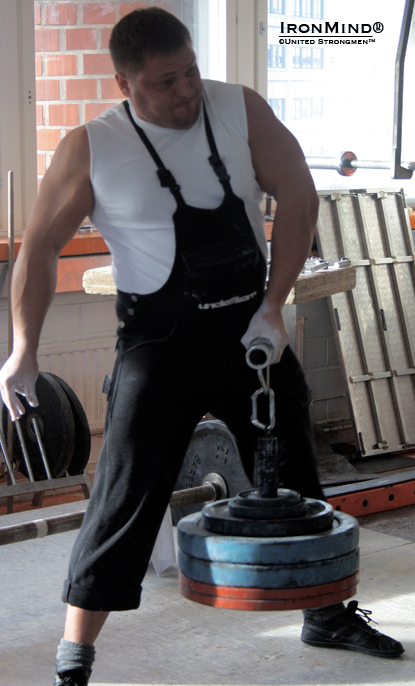 
In Apollon’s Axle there was a small surprise since Harju had only 180 and Jarno Hyväri went up to 185 kg with a success.  So, in total Jarno Hyväri took the total points and is also the Apollon’s Axle Finnish Champion 2011.  Jarno also tried new national record of 192.5kg, but gravity was stronger this time.

The competition was organized by Juha Harju and Jyrki Rantanen was the referee.

The gripsters in Finland are now looking forward to upcoming Ironmind® Grip Classic, Vol. 2 and we expect to see some huge lifts—at least in the semi- and final stages.  We missed Janne Virtanen, who has the proven ability to be the first finn to break 200 kg barrier in Apollon’s Axle, Timo Tuukkanen, Anna Karrila, etc. who had today competitions in their other hobbies. 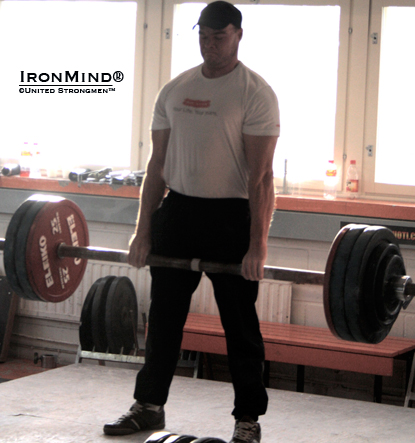 Jarno Hyväri made 185 kg on the Apollon’s Axle to claim the Finnish title.  IronMind® | Photo courtesy of United Strongmen™.