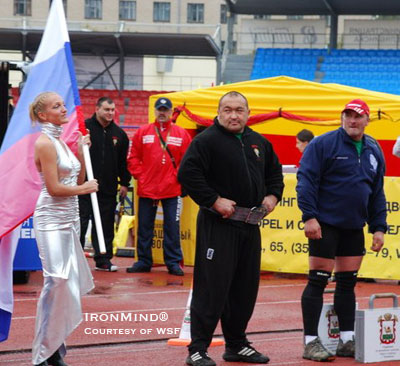 This competition was organized by Dmitry Kononets and Artem Klimenko of Federation Uralstrong, which is part of WSF. This contest was held in Chelyabinsk, Russia.

"The competition was great," WSF founder Vlad Redkin told IronMind®. "We plan four contests, two of them international, in Chelyabinsk next year. We plan stage of WSF World Cup in Tashkent, Uzbekistan also." 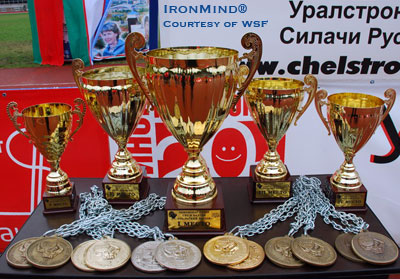 The awards at this contest included the massive medals made especially for this competition. IronMind® | Photo courtesy of WSF.