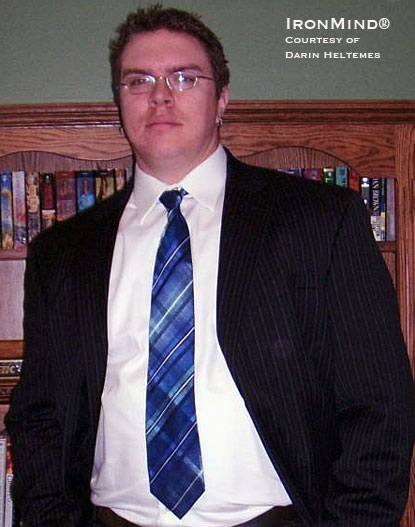 
“I experimented with bending briefly in my first year of lifting, but abandoned it only after a month due to the extreme strain it places on the joints and tendons.  I picked it back up three years later after my friend James gave me some steel for my birthday.  I’ve been bending seriously for just under a year.”

Congratulations, Darin: Your name has been added to the Red Nail™ Roster, the official list of who has been certified on the IronMind® Red Nail™!

IronMind® would also like thank Mark Wilson for his help, serving as Darin's official referee for this bend.