Lukasz Wenta added to his list of victories with a win at the Cupar Highland Games in Scotland. 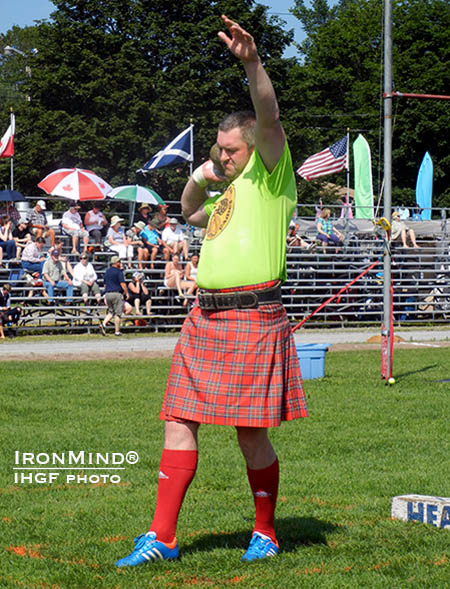 The Cupar Highland Games in Scotland attracted over 2000 spectators, who saw the top-ranked European Highland Games athlete Lukasz Wenta claim another victory.  On a warm but overcast day, Wenta produced a great all-round performance with three overall wins and one joint win.

Athletes making up the field of contenders were Wenta, Craig Sinclair, Stuart Anderson, Bruce Robb, and Hiesi Geirmundsson.  In the 16-lb. open shot, Wenta took the win in his undefeated event so far this season with 56’ 5”.  Second place was Geirmundsson at 48’ 8” and third Sinclair at 47’ 7”.

In the 56-lb. weight-over-bar, Wenta and Geirmundsson tied at 15’, with Robb, Anderson and Sinclair third equal.