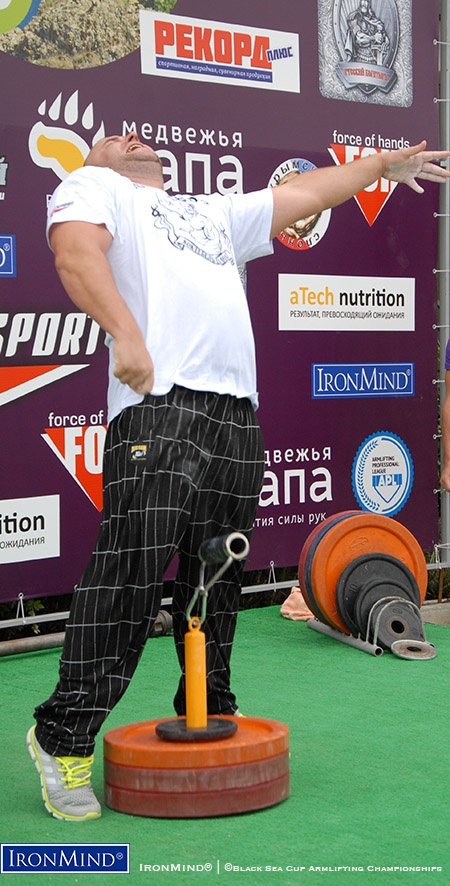 The Rolling Thunder launched the sport called armlifting—it is universally recognized as a benchmark of grip strength and many of the biggest names in the grip strength world, as well as the world's top professional strongman contestants, have been competing on the Rolling Thunder for over 15 years. IronMind® | ©Black Sea Armlifting Championships

It’s a grip competition built around the IronMind Rolling Thunder and it was quickly embraced in Crimea, which has a history of hosting some of the world’s top grip contests under the leadership of Andrei Sharkov who continued this tradition by hosting the Black Sea Cup Armlifting Championships in Koktebel, Crimea earlier this month, with Vyacheslav Gorbunov, also a longstanding pillar of the international armlifting community, providing world class scoring throughout the tournament.

From it’s cornerstone event—the Rolling Thunder—the standard armlifting format has expanded to include the double overhand deadlift on the IronMind Apollon’s Axle, and the Captains of Crush (CoC) Silver Bullet Challenge, and recently, an implement called Excalibur has been included as well.

“This is all about grip strength, as you know” Sharkov told IronMind. “The events challenge the forearm and fingers—these are events that are well established in the strength world, and they are a familiar proving ground for the men and women with the most powerful hands on the planet.

“The field had well over 50 competitors and, “the results were at a high level,” said Sharkov. “Several world champions made it to this contest and as an organizer, I am pleased with our results—this tournament was a big success.

“One of our top performers was the talented athlete from Yevpatoriya, Andrei Osyka. He came to armlifting recently and accidentally, on the advice of a friend, before a training at the gym. He did not have to wait long for success, as he showed impressive results on the Rolling Thunder very quickly, humbly saying, 'Thank you, parents."'

""Genetics plays a big role, of course. Strong ligaments, especially if you do not have huge hands, like some guys do not have. In our sport, weight does not play the main role, ligaments and tendons are much more important,' said Osyka.

“Carl Patrick Fokam Nnuk Cameroonian (41 years old) from Tula, was the best among veterans, in his age group, lifting 93 kg and surpassing the athlete from Voronezh, Sergey Shevchenko by 10 kilograms. Fokam Nnuk said he has done more in training, but he was still happy with the result. Patrick was also the best among the masters over 40 years on the Apollon’s Axle, with a result of 175 kg.

“Two first places is not bad and I love it here. I'm sure, Crimea is the best resort in Russia. "

“The Apollon’s Axle was the most spectacular in the Cup of the Black Sea, and several recognized athletes gave it their all: Carl Patrick, Andrei Osyka, young talent Fedor Roshchin, Constantine Koldunov and the hero Championship Crimea arm wrestling, which ended the day before, Artem Tainov.

“As a result, it quickly became clear, the intrigue in the category of open 110 kg left only one question: how much would Tainov lift? Artem did not force events: he started with a weight of 160 kg, and ended with a success at 190. Artem swung at 200 kg and almost lost this weight, but still let the post. He was the strongest in this form, Constantine Koldunov from Simferopol lifted the 185, which was the result of a second bronze medal in the open category for the young talented Crimean athlete. World champion 2015 Junior Roshchin Fedor succeeded with a weight of 180 kg.

“Interesting also was the struggle of the women and the best in the 60 kg category was Anna Bochkareva from the capital of the Republic. In second place was Xenia Shiyan also from Simferopol. The gold medal for women over 60 kg was won by Valeriya Lavrova of Sevastopol, who lifted 75 kg.

"Not so long ago I was preparing for the World Cup, which was held in St. Petersburg, where I also won the first place in the Rolling Thunder Junior Championships and second place in the overall classification,” said Lavrova.

“Koldunov Constantine from Simferopol won the Excalibur, with a lift of 110 kg.

“On the Silver Bullet, where you need to hold the Silver Bullet in place as long as possible using a Captains of Crush (CoC) No. 3 gripper, there was no equal to Alexander Grysyuk who won with a time of 25.82 seconds, surpassing the achievements of Vyacheslav Gorbunov (24.8 seconds) and Andrei Osyka (23.23 seconds ).

“Women compete in this event using the Captains of Crush (CoC) No. 2 gripper, and Shiyan Xenia claimed the victory with a time of 13.46 seconds

“The organizers invite everyone to take part in next year's Koktevill Cup 2016—Welcome!,” said Sharkov. 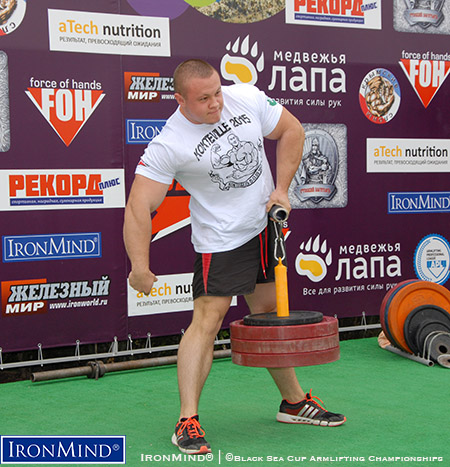 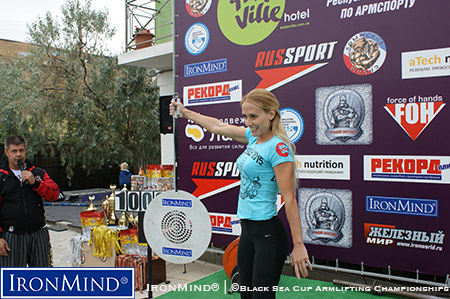 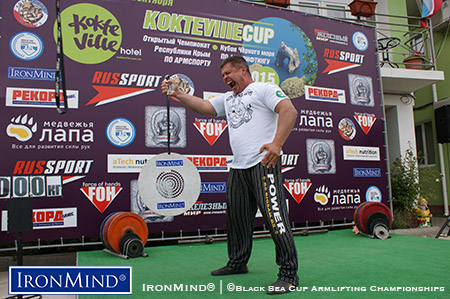 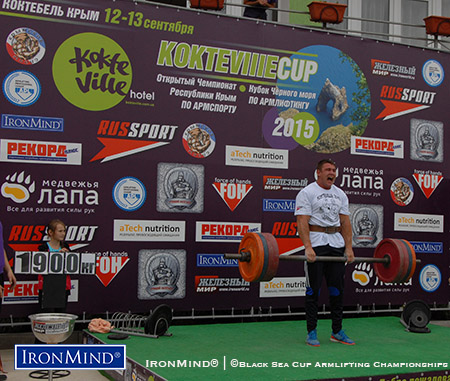 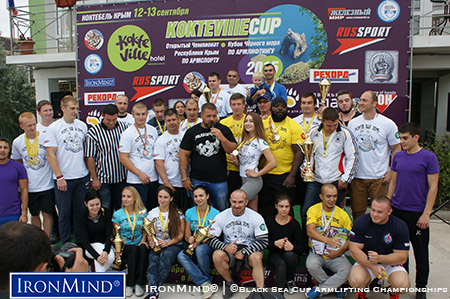