IronMind developed the CoC Silver Bullet Hold as both a training tool and as an event for grip strength contests: visually appealing, intuitively obvious, and equally well suited whether you think your hands are too big, too small or just the right size for grippers, the CoC Silver Bullet Hold has already been used with great success worldwide, but until now, world records were the province of men only. 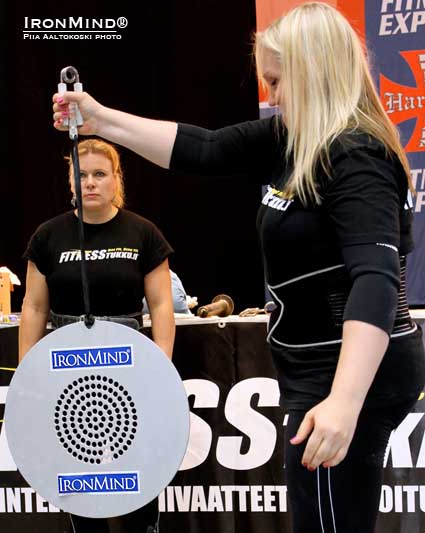 Here is a link to the CoC Silver Bullet rules, and for all athletes who would like to take a shot at the official world record in the Silver Bullet, please remember: