Brian Shaw, Mikhail (“Misha”) Koklyaev and Terry Hollands qualified for the 2010 World’s Strongest Man contest by virtue of their placing this past weekend at the Giants Live-South Africa strongman contest, Colin Bryce reported to IronMind®. 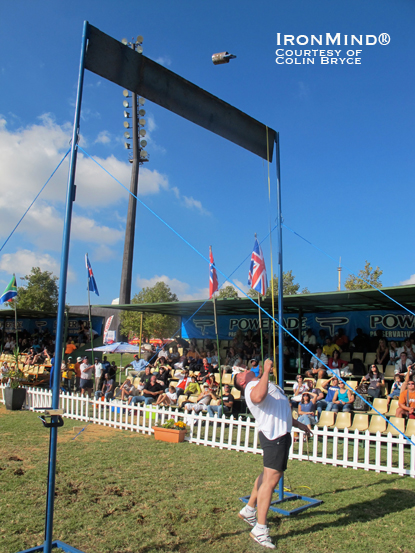 
We had a great two-day event on Saturday and Sunday in Johannesburg, South Africa at the MTN Expo Centre.  The strongman event was the main attraction of the Rand Show with over 25,000 fans taking in the festival each day.  When the athletes arrived they took in a Lion Park before the serious action started on day one—the main World’s Strongest Man qualification day.

The order of finishing for the Day One was as follows:

On day one, Koklyaev took the All-African Log for maximum record to 190 kg.  Previously, Etienne Smit had owned it at 185 kg.

On day two, Misha Koklyaev performed one of the greatest strength feats in history: He threw 5.81 meters with a 25 kg weight for height.  This beats his old world record of 19 feet (5.80 meters) by 1 centimeter.  What made it so impressive is there was no link to the weight.  It was a solid implement—just 12 inches in length.  If and when he gets on a proper 56-lb. weight for height at the London Richmond Highland Games strength challenge on June 6, I am sure we will see that world record get smashed out of sight.

Brian Shaw was in great form as the champion.  He has recovered well from illness earlier in the year.  He won three out of the six events: winning the Keg Toss, African Stone Carry and the Atlas Stones.  Koklyaev was also tremendous in the deadlift, scoring 12 reps in 60 seconds with 340 kg.  Etienne Smit had a moment of brilliance in front of the home crowd, winning the Farmer’s Walk (160 kg in each hand for 50 meters) in a time of 26.15 seconds.  Terry Hollands, weighing in at 190 kg, took the third automatic qualifying spot in Johannesburg.  His overall high level never saw him drop out the top 5 in all disciplines and gave him a third place overall finish.

The next Giants Live - World’s Strongest Man Qualifier will be Kiev, Ukraine on May 28. Also confirmed is Poland on August 8th. 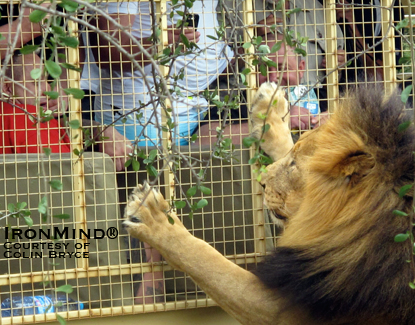