“[It was a] very dramatic finish with Brian Shaw pulling off a come-from-behind win in the WSM Super Series Sweden GP over Stoyan Todochev in the final event,” dotFit’s Odd Haugen told IronMind®. 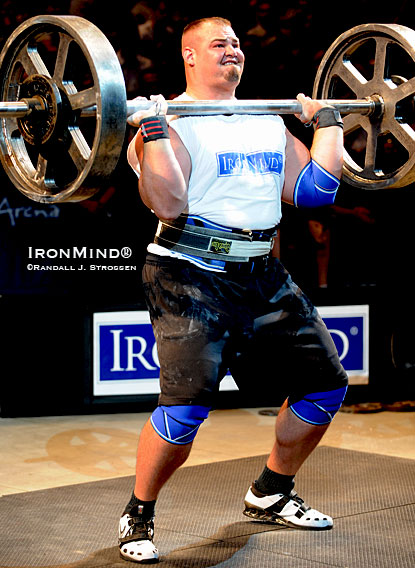 Brian Shaw has had a big year: This is a file photo from the 2009 Giants Live Mohegan Sun Grand Prix.  IronMind® | Randall J. Strossen photo.