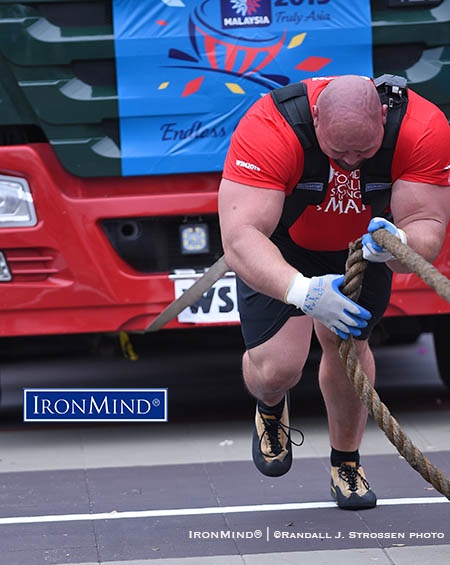 Kuala Lumpur—After the first day of the 2015 World’s Strongest Man finals, two-time winner Brian Shaw is in the lead.

There were three events in the finals today: Super Yoke, Deadlift for reps, and Truck Pull.

Hafthor Julius Bjornsson won the 500-kg Super Yoke, followed by Brian Shaw and Zydrunas Savickas. Shaw won the Deadlift (370 kg for reps), Eddie Hall was second and Bjornsson was third. Shaw entered the last event today, Truck Pull, in first place overall and he extended it with another win.

At the end of the first day, the top four are:

The finals continue tomorrow and Savickas said, “Anything can happen.”