Saying he is "very excited to hear the news regarding the USAPL's invitation to become involved with the 2008 Arnold Sports Festival," two-time IPF super heavyweight world champion Brad Gillingham added, "This is huge for the sport of powerlifting." 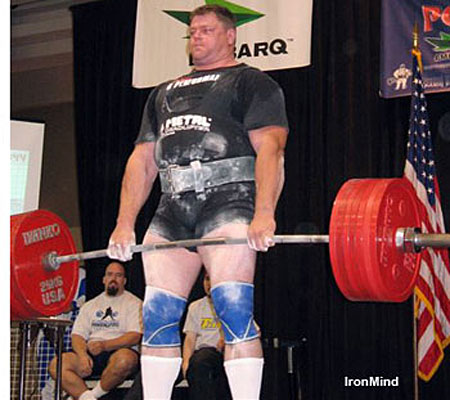 "The USAPL is the USA national affiliate to the IPF," Gillingham explained for people who have gotten lost in the alphabet soup of powerlifting federations. "The IPF is the international governing body for the sport of powerlifting and is recognized worldwide through its affiliation with the IOC-patronized IWGA World Games. It makes great sense for the Arnold Sports Festival and the USAPL to form a partnership."

Explaining more about what makes the USAPL unique, Gillingham said, "The USAPL/IPF rules require a strict standard for completing the lifts, in addition to compliance with WADA drug testing requirements."

And what's the bottom line from Brad Gillingham?

"The spectators at the 2008 Arnold Sports Festival will be able to watch powerlifting at its highest level. I am looking forward to participating in next year's event," he told IronMind®.