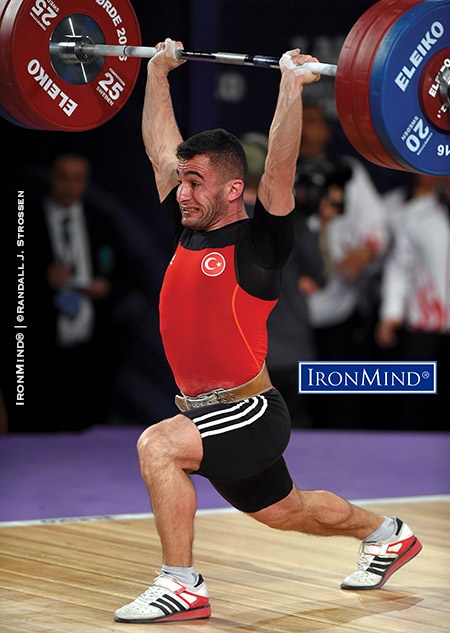 Showing his supremacy in the clean and jerk, Atak Hursit (Turkey) made 170 kg on his third attempt, winning the gold medals in the jerk as well as the total in the men’s 62-kg class at the 2016 European Weightlifting Championships. IronMind® | ©Randall J. Strossen photo

Forde, Norway—Erol Bilgin (Turkey) and Feliks Khalibekov (Russia) got off to a strong start in the snatch, but a decisive come from behind attack by Bilgin’s teammate, Atak Hursit, in the clean and jerk made the preliminary positions just that.

Both Bilgin and Khalibekov went three-for-three in the snatch and both finished with 133 kg, but Bilgin was the lighter lifter, giving him the gold medal in the snatch. For both lifters, though, it was Atak Hursit, lying in fifth place after the snatch, who turned the tables on them.