Columbus, Ohio - Theory will meet practice today at the Arnold Sports Festival as the German men's Olympic weightlifting team will speak at the Strength Summit at noon (C Pod 210-215), and then at 4:00 p.m they will lift in the Grand Ballroom, immediately following the USAPL raw meet. 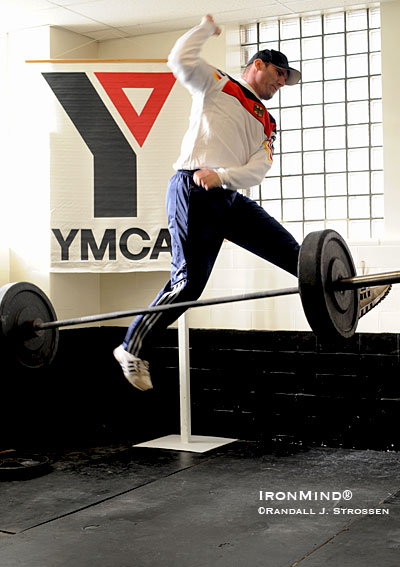 
Yesterday, the German men's Olympic team trained and spoke at the Downtown Columbus YMCA, and they also met with Ohio State University professor emeritus Dr. Steven Reiss, whose research on motivation is highly regarded and widely used in the preparation of this gold medal weightlifting team.

The presentation at noon at the Strength Summit will include a question and answer period, so here's your chance to ask Olympic gold medalist Matthias Steiner what it felt like to win in Beijing. At 4:00 p.m., following the USAPL raw meet - in the Grand Ballroom - the German team goes through its final heavy lifts in preparation for the upcoming European Weightlifting Championships, so be sure to come over and watch Olympians Juergen Speiss and Almir Velagic move some heavy metal.

See you at the Arnold today!