Andrus Murumets had come into the second day of competition at the Strongman Champions League competition in Ideapark, Finland 2-1/2 points behind Martin Wildauer, but by continuing to produce consistently-strong performances, he took the victory. 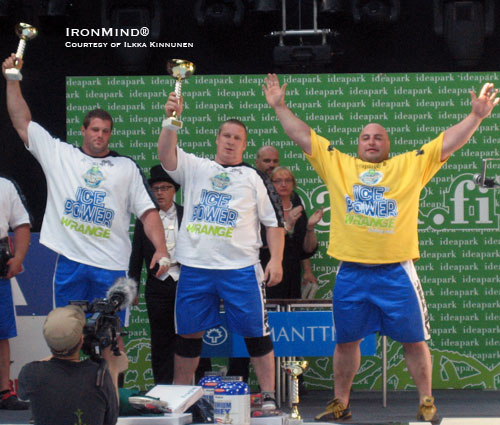 
The Log Lift for maximum weight kicked off the second day and although Vidas Blekaitis wasn’t able to make a new personal best of 205 kg, he still won with his 180-kg lift. Agris Kazelniks and Andrus Murumets were tied for second at 175 kg.

Next up was the Crane Pull with a harness and a rope; the crane weighed 22 tons and the 15-meter course was said to be slightly uphill. Once again, Vidas Blekaitis won (34.13 seconds); Andrus Murumets was second (35.01 seconds) and Jani Kolehmainen was third (35.97 seconds).